Japanese reactors get ready for restart

Power companies in Japan now know the regulations they are required to meet in order to restart nuclear reactors idled as a result of the 2011 Fukushima accident.

Matom are pleased to announce their acceptance as members of the Nuclear Industry Association. In April this year Matom joined the NiA, which is the trade association for the civil nuclear industry in the United Kingdom and represents more than 260 companies across the supply chain. Membership of this organisation enables Matom – as a specialist HAZMAT […] 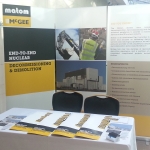 Today and tomorrow (15th/16th April), Matom and McGee are introducing their collaborative venture at the Radisson Blu Edwardian in Manchester by sponsoring the 4th Annual Nuclear Energy Decommissioning Conference. Matom and McGee team together to provide decontamination, decommissioning and deconstruction specialist bespoke and turnkey services for the Nuclear Industry. Find out more about this end-to-end provision by […]

In response to the UK Government’s challenge that public organisations provide wider access to their markets for Small and Medium-Sized Enterprises (SMEs), the Nuclear Decommissioning Authority (NDA) announced in October 2011 various initiatives to shape proposals for increasing access by SMEs to the £1.6 billion spent annually with the supply chain across the NDA Estate. […] 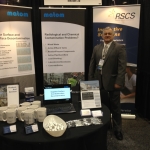 This week Matom are in attendance at the WM2013 Exhibition, Phoenix Convention Centre, Arizona. Together with RSCS (Radiation Safety and Control Services) we will be affording  Waste Management delegates the opportunity to focus on knowledge and expertise available to the radioactive material management sector. This includes advice on potential applications for Matom’s TechXtract decontamination technology.

Matom exhibit at the WM 2013 conference in Phoenix, Arizona

Matom are exhibiting at the upcoming Waste Management conference in Phoenix, Arizona from 24th to 28th February in booth 439 Do come and meet us for more information about our services and our specialist decontamination solution. Mark Musgrave and Matt Tuck will be attending the conference and welcome the opportunity to tell you all about […]

Matom were selected to present to delegates from China’s nuclear industry in attendance at the Nuclear Decommissioning Agency’s Harwell site in early February this year. The aim of the presentation was to describe our role as suppliers of a unique surface and subsurface decontamination technology. The delegation included representatives from China National Nuclear Corporation, China […]

Matom Accredited as Investors in People

Matom are pleased to achieve accreditation as Investors in People, as confirmed by IIP Wales in December 2012: congratulations were given to staff on the commitment and hard work undertaken to ensure the achievement of this rigorous National Standard. In particular, the assessment found that Matom’s sub-contract employees are provided with good, sufficient information; have confidence […]

The UK EPR nuclear reactor is suitable for construction in the UK, regulators confirmed today after an in-depth assessment of its generic design. The Office for Nuclear Regulation and the Environment Agency are satisfied that this reactor, designed by EDF Energy and Areva, meets regulatory expectations on safety, security and environmental impact. Additional site-specific consents […]